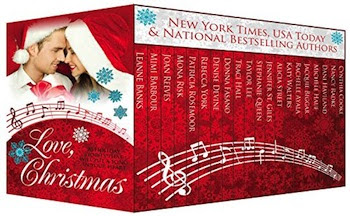 
♫♪Put a song in your heart with 20 all-new Christmas Romances from NY Times, USA Today, and national best-selling authors. Each brand-new title is inspired by a Christmas carol and will lift your spirits and bring on the holiday cheer.♫♪


We Need a Little Christmas by Leanne Banks – Can a handsome cynic become a Christmas believer?

Frosty the Snowman by Mimi Barbour – Stranded in an Alaskan snowstorm, strangers Hali and Terry are forced to rely on each other for survival.

Last Christmas by Joan Reeves – Annabelle gave him her heart, but Rick threw it away. He wants redemption, she wants revenge.

Holly Jolly Christmas by Mona Risk – Pregnant at 18. Adoption would save the baby’s future but may cost her the man she loves.

Do You Hear What I Hear? by Patricia Rosemoor – Live-in-lovers Shelley and Jake are now in a cold war of their own over Christmas.

So This is Christmas by Denise Devine – He was her child nemesis, now he’s her best friend forever.

Grown Up Christmas List by Donna Fasano – All she wants for Christmas is to feel safe… then she meets her guardian angel.

Blue Christmas by the Sea by Traci Hall – Alone for Christmas, Tamsyn helps mystery writer Evan find his mojo–love is a gift neither can refuse.

Santa Baby by Taylor Lee – Lily’s only hope was that this time, he wouldn’t be able to find her.

Let It Snow by Stephanie Queen – A stranger and a snow storm on Christmas Eve create the ultimate test for Dane & Shana.

Merry, Did You Know? by Jennifer St. Giles – Can a Christmas Miracle change the future of a woman who doesn’t believe in love and a man who can’t love again?

O Christmas Tree by Alicia Street – Can Piper convince Cody to let go of his painful past and embrace the hope of Christmas and possibly love?

Sleigh Ride by Katy Walters – Miss Sophia Vale faces poverty. Enter the Earl of Breconbridge, renowned as a rake hell with a conscience.

Silver Bells by Jacquie Biggar – Can a Christmas wish bring two stubborn souls together and give a little girl the gift she wants?

Hark the Herald Angel Falls by Michele Hauf – To earn her halo, angel Merit must convince the person who holds her earthly soul in limbo–her husband–to stop loving her.

Little Drummer Boy by Dani Haviland – How could a mere drummer boy help those stranded in the worst winter storm of the 18th century?

I’ll Be Home For Christmas by Nancy Radke – When former a former Navy SEAL plucks a woman from the Mediterranean Sea, he discovers a fighter tougher than he.

Santa Claus is Coming to Town by Cynthia Cooke – A big city girl reunites with a small town boy–magic. A Santa in need of an elf–Christmas magic. 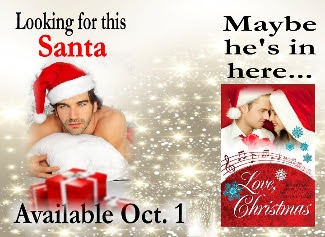 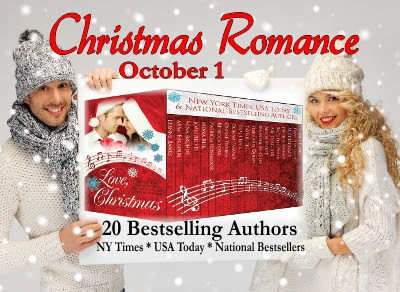