Audiobook Blog Tour: Omari and the People by Stephen Whitfield narrated by Curt Simmons...Review and Giveaway!

I am very excited to be part of my very first Audiobook Blog Tour today!
I don't listen to a lot of audiobooks, but that is definitely going to change!
Keep reading for more info about Omari and the People and my review of this great audiobook!
And be sure to enter the giveaway! 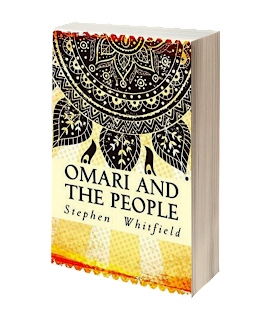 Synopsis:  In a squalid ancient city on the edge of a desert (based in part on the Empty Quarter in Arabia) a weary, thrill-seeking thief named Omari sets his home afire to start anew and to cover his many crimes. When the entire city is unintentionally destroyed by the flames, the cornered thief tells the displaced people a lie about a better place which only he can lead them to, across the desert. With the help of an aged, mysterious woman who knows a better place actually does exist, they set out. The disparate people must come together to fight their way through bandits, storms, epidemics, and more. As a result of Omari's involvement with Saba, a fiercely independent woman who is out to break him in the pay of a merchant whom he has offended, his ability to lead his life and the success of the caravan - is jeopardized.

Add to Goodreads
Buy on Audible | Buy on Amazon 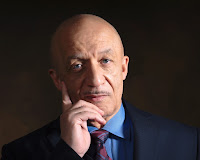 Chicago-born Stephen Whitfield began writing as a Marine Corps print journalist. His writing has appeared in military publications, as well as the Kansas City Star and the Jersey Journal. He holds degrees from Loyola University Chicago, Chicago Theological Seminary, and Indiana University. His various adventures have taken him to such places as London, Paris, Trondheim, Johannesburg, Beirut, most of The Virgin Islands and the wilder neighborhoods of Chicago.
Website | Twitter | Facebook | Goodreads | LinkedIn | Pinterest 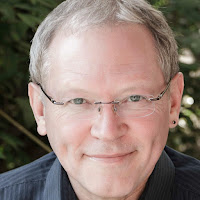 Curt lives in Seattle and produces and narrates audiobooks in his home studio. He began his performing career in college as a stage actor and radio personality. After college, in addition to acting, Curt also did voiceovers for commercials, which he also wrote, directed, and edited for broadcast TV. Following the birth of his daughter in 1984, he left the performing arts to pursue a more “stable” profession managing projects. Then, in 2014 he returned to the professional stage for the first time in over 30 years as Walter Flood in Becky’s New Car by Stephen Dietz. He has also appeared recently as Lyman in Other Desert Cities by Jon Robin Baitz and Ralph in The Last Romance by Joseph DiPietro. Omari and the People is Curt’s sixth audiobook.

I have to confess that I don’t listen to a lot of audiobooks.  In fact, I think the last one I listened to told me to turn the page at the chime and involved my favorite animated characters.  So when I agreed to listen to and review Omari and The People, I wasn’t sure what to expect or how I was going to review an audiobook…especially one this long… but as I listened to this wonderful book, I quickly became a fan of the format and knew this wouldn’t be my last.

Omari and The People was a wonderful story and I am so glad I chose it to be one of the first I listened to and reviewed. I loved the ease in which you get lost in a story as you listen and how you can “see” or rather hear the story through another person’s point of view.  The narrator brought this story to life in a way that I am not sure I could have by just reading the words on a page.  His soothing voice and tone drew me into the story and captured my attention to the point that I didn’t want to stop listening.  I quickly became immersed in the story and couldn’t wait to find out what happened next.  I could’ve easily listened to this story in one 11+ hour sitting if life hadn’t demanded otherwise.

And what a story!  With the author’s wonderful and vivid descriptions, I became fascinated by the characters, the setting, and the story as a whole.  I felt for these characters and wanted them to succeed and thrive in this fascinating world.  And despite Omari’s faults, of which there are many, I wanted him to succeed as well.  I had compassion for him…compassion I may not have had if I had not been listening to an audio book version of the story.  As I said, the narrator did a fabulous job of bringing the author’s words to life painting a beautiful picture in my mind of both the setting and the characters.

*I received a complimentary audio book copy of this book in exchange for an honest review.*

The prize: One (1) digital copy of Omari and the People gifted through Audible  (.com or .co.uk).

Giveaway Guidelines:
● No purchase is required to enter this giveaway.
● Open internationally.
● Participants must be over age 18 or have parental permission to enter.
● It is the sole responsibility of participants under 18 to obtain parental permission.
● No giveaway blogs permitted to enter.
● There will be one randomly selected winner, unless otherwise indicated.
● Winner determined by random selection via giveaway widget (Rafflecopter or Gleam).
● Odds of winning determined by total number of entrants.
● By entering, you grant the right to publicize your name and likeness (avatar) in the event of winning.
● Personal information may be required to send prizes (email address for digital prizes and mailing address for physical prizes). This information will only be shared with a third-party sending the prize. Personal information will never be sold or misused.
● The winner will be notified on October 16 and must respond within 3 days of notification or the prize will be forfeited and a new winner will be randomly selected.
● VOID WHERE PROHIBITED BY LAW 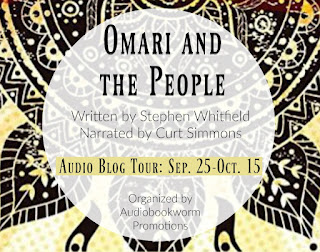