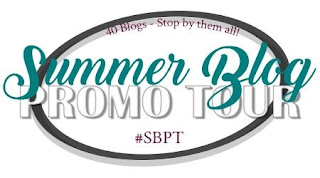 The Summer Blogger Promo Tour continues to roll on and today let's welcome Nicole and Sophia from Quality Fangirls!

About Nicole and Sophia (from their blog):
Nicole and Sophia have been friends since 6th grade (even though Sophia doesn't really remember it). They've had fights and have drifted apart some where in between but now they won't stop talking. Nicole really wouldn't stop talking about books and so she decided they should start a book blog together. They also fangirl a lot about movies, TV shows and sometimes video games (even though Nicole only plays Kingdom Hearts, oh and SIMS!).


I am very pleased to say that Nicole and Sophia have decided to combine two of my favorite fandoms...Harry Potter and Disney...and sort some familiar characters into their Hogwarts Houses!
Happy Sorting!

We are here today on Jennifer's blog to sort the characters from one of our favorite Disney movies ever, Lilo and Stitch! Now these are some of our favorite characters and we have thought really hard on which houses they all belong to. Now, this is just OUR opinion, feel free to share your sorting too! 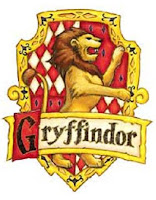 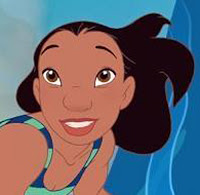 Nani
How is Nani not a Gryffindor? Nani has had to battle her way through countless occurrences throughout the movie in order to keep Lilo safe with her, and that takes guts. Being a guardian of a sister is hard enough, but when you have to find a job while people are threatening to take her away? Nani doesn't budge, she tried and she tried. And when Lilo was taken by Gantu, and she was faced with these aliens she never even knew existed, she demanded they get her back. Didn't even flinch. That's a true Gryffindor right there, facing the unknown unflinching. 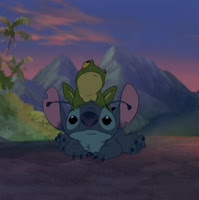 Stitch
Stitch may be a trickster, but he's totally a Gryffindor. Like the dude's so daring and courageous. Stitch tries his best to do the right thing and fight for the little guy. Remember that time he rescued the frog? Since Stitch is a trickster he can be a little reckless at times like some Gryffindors tend to be, sometimes you know accidentally lighting things on fire or throwing cars at bad guys (no big deal really). I'm pretty sure he jumped out of a moving flying space ship a few times too, if that's not daring I don't know what is. He also will stop at nothing to defend the people he loves, which is 100% shown throughout the whole franchise. Stitch doesn't need the sorting hat to know he's got the lions roar, plus he looks damn good in red (clearly why he picked the red bra). 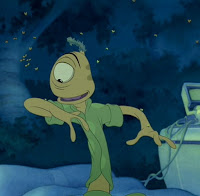 Pleakley
Obviously Pleakley is a Hufflepuff. This part basically writes itself. He's ALLLLL ABOUT following and enforcing the rules (even if he's bad at it). He's super dedicated and hardworking, just look at how badly he wants to save the mosquitos. He's loyal to a fault of course. Always making sure his loved ones are safe and happy. He's always there for the tender moments, when you need a little pep talk. He's everyone's favorite mom, always making sure all the kids get along. 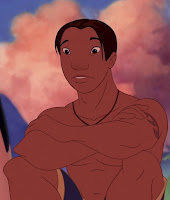 David
Oh David, he's everythinggggg Hufflepuff. He's sweet and kind, loyal, sticks to the rules and keeps thing just. David is always there for Nani, like to a fault (which he continues to do throughout the franchise). He rescued Stitch from drowning and basically didn't even question the fact that aliens were attacking or that Stitch was one. He's funny and so freaking cute. Like David is Bae material. He's so patient with Nani, he loves her for all of the messiness. Like a Hufflepuff David is kind so so kind and hard working. He's like Lilos older dad brother person? He looks out for everyone. Hufflepuff through and through. 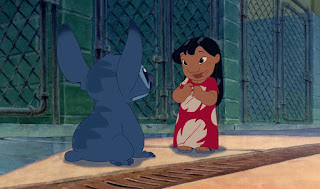 Lilo
Lilo is the definition of a Ravenclaw. The first few scenes show just how curious she is about the world. She's always watching and observing, and not to mention she's sooooo clever. The things Nani has to put up with because Lilo comes up with these obstacles that prevent Nani from getting into the house? For someone Lilo's age that's pretty impressive. And her curiosity and openness to strange things is what allowed her to pick stitch. She didn't go for the typical dog, but she went for the strange one that talked and went on to explore more things about Stitch (like when he plays music out of his mouth, how did she even think about doing that???). If you want to know something strange, your best bet is to ask Lilo. In a way she reminds me of Luna. 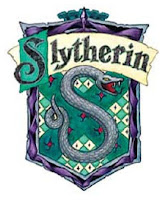 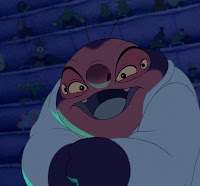 Jumba
Hahah, Jumba is such a Slytherin. Coming up with experiments, trying to create the perfect one. Meaning he's so extremely ambitious, even if it was for destructive purposes. After turning over to the good side, he lost his evilness, but all his slithering traits still remained. He's extremely loyal to the ones he loves (especially his experiments) in the way that Slytherin's are protective over the ones they care about. And let's not forget Jumba's resourcefulness and readiness when it comes to last minute plans, like helping saving Lilo from Gantu. Really, Jumba just turned from a "bad" Slytherin to a "good" Slytherin, but is still a Slytherin non the less.


-Nicole and Sophia from Quality Fangirls

***
Thanks so much Nicole and Sophia!  That was so much fun to read!
I hope everyone enjoyed it as much as I did.  What do you think...did they sort them into the right Houses?

And be sure to check out all the stops on the tour...for a complete list click here!