Today I'm a stop on the blog Tour for A Criminal Magic!
Keep reading to learn about this magical historical book and to read my review!
And don't forget to enter the giveaway! 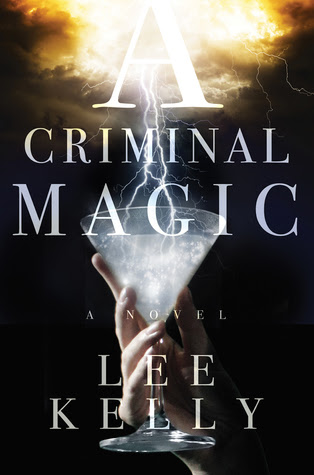 Magic is powerful, dangerous and addictive – and after passage of the 18th Amendment, it is finally illegal.

It’s 1926 in Washington, DC, and while Anti-Sorcery activists have achieved the Prohibition of sorcery, the city’s magic underworld is booming. Sorcerers cast illusions to aid mobsters’ crime sprees. Smugglers funnel magic contraband in from overseas. Gangs have established secret performance venues where patrons can lose themselves in magic, and take a mind-bending, intoxicating elixir known as the sorcerer’s shine.

Joan Kendrick, a young sorcerer from Norfolk County, Virginia accepts an offer to work for DC’s most notorious crime syndicate, the Shaw Gang, when her family’s home is repossessed. Alex Danfrey, a first-year Federal Prohibition Unit trainee with a complicated past and talents of his own, becomes tapped to go undercover and infiltrate the Shaws.

Through different paths, Joan and Alex tread deep into the violent, dangerous world of criminal magic – and when their paths cross at the Shaws’ performance venue, despite their orders, and despite themselves, Joan and Alex become enchanted with one another. But when gang alliances begin to shift, the two sorcerers are forced to question their ultimate allegiances and motivations. And soon, Joan and Alex find themselves pitted against each other in a treacherous, heady game of cat-and-mouse.

A CRIMINAL MAGIC casts a spell of magic, high stakes and intrigue against the backdrop of a very different Roaring Twenties. 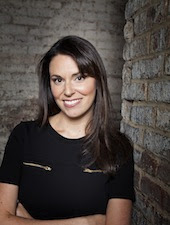 Lee Kelly has wanted to write since she was old enough to hold a pencil, but it wasn’t until she began studying for the California Bar Exam that she conveniently started putting pen to paper. An entertainment lawyer by trade, Lee has practiced law in Los Angeles and New York. She lives with her husband and children in Millburn, New Jersey, though after a decade in Manhattan, she can’t help but still call herself a New Yorker. She is the author of A Criminal Magic and City of Savages. Visit her at www.NewWriteCity.com.

It's the 1920s and Prohibition is in full swing, only instead of alcohol being banned, it's the use of magic that's illegal in this intriguing historical fantasy.

As I said, A Criminal Magic takes place during a time when practicing magic was forbidden. But just as there were Speakeasies in real life that served alcohol during the real Prohibition Era, there are still some sorcerers who secretly use magic to entertain and supply a select few with "shine," a potent form of magic. I really enjoyed the interesting twist of historical fact and use of magical realism. In the story, Magic or "shine" can be just as addictive and destructive as the overuse of alcohol.  Therefore, it made a perfect substitution and I loved how the author handled it.

I also enjoyed our main characters from whose point of view our story is told.  Joan, a young sorcerer willing to do anything to save her family, finds herself accepting a job to work on a secret project for local gangsters, the Shaw Gang. Only the job isn't quite what she expected. It is more of a competition between several sorcerers to determine who is the strongest and capable of unlocking a special "magic within magic." The consequences of failing are quite severe and Joan has not quite mastered her skills yet so there is an element of danger present each time she is forced to demonstrate her powers. Plus she isn't quite sure who to trust as everyone there except her seems to have the same goal...be the best.

Meanwhile, Alex, another sorcerer with family issues of a different kind, works his way into the gang and is working undercover for the Federal Prohibition Unit investigating the Shaw Gang.  Neither he nor Joan expected to find someone they could connect with, yet they do, but there are so many obstacles in their way.  Through it all, Alex helps Joan to gain confidence and strength in herself and her abilities while Joan gives him something to care about.

All of the intrigue, action, and more slowly lead to an exciting and unexpected ending that I am still not sure how I feel about.  But I do know that I enjoyed my visit to this alternate historical world that Lee Kelly created and loved the entire concept.

*I received a free digital copy of this book in exchange for a honest review.*