Book Blitz: Bette & the Beast by Liza Penn plus Giveaway!

Welcome to the world of Happily Ever Afters...
Each of the Hotel Ever After books is (very) loosely based on a fairy tale. Which means they're all guaranteed to have a happily ever after. They're also guaranteed to have a (very) sexy twist. My heroines aren't literally princesses, but they are very much in control of their destiny--and they're not afraid to take exactly what they want from their prince charmings!
This new series of novellas releases monthly. Each one is about 75 pages long—perfect for an afternoon tryst—and they promise happy endings for all ;)
Goodreads / Amazon 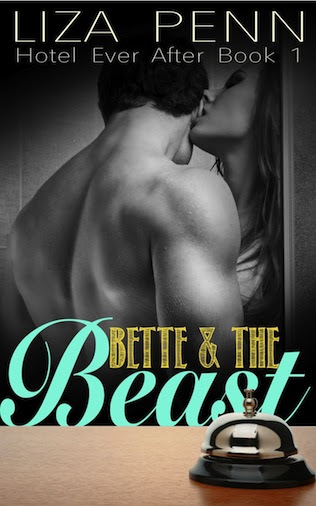 
Bette owns Fairhaven’s only bookstore…but only barely. She’s struggling with bills, but she refuses to sell to the hotel mogul Richard Dickson because he only wants to tear down the beloved store and replace it with a hotel. Can these two find a compromise and save the bookstore?

Want to read this book for free?
Just click here! You can get all the books in the series here.
Make sure you never miss a title by
subscribing to Liza’s newsletter
or
follow Liza on Facebook.
— 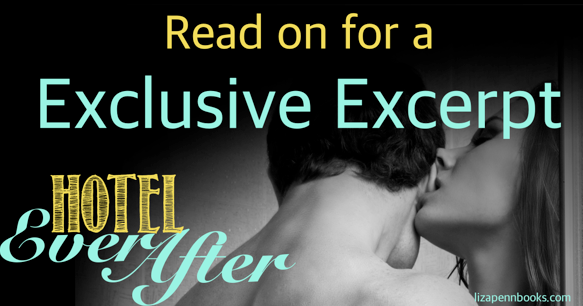 Richard’s eyebrow quirked up. His hands slid lower, lingering on the silk stocking covering her knees, then they slipped under her skirt, his fingers toying with the straps of her garter, sliding up and down, dipping under the top of her silk stockings, dancing higher and higher up toward the lace of her panties.

It was not a question, but Bette still denied it. “I just prefer them to regular hose,” she said, tilting her head up. “They’re…”

Richard grinned wickedly. “Sexier,” he said. “And you know it.”

“And that’s why you wore them for me.” Richard said. His voice was getting lower.

“Then,” Richard said, his hand sliding up Bette skirt, wrapping around her black-lace covered hips, “you deserve a reward.” 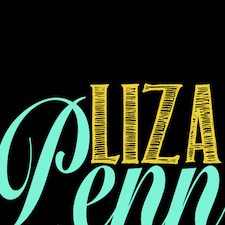 Author Bio:
Liza Penn is the pseudonym of an author living with her family in the piedmont of the Carolinas. She writes the Hotel Ever After books for fun and values her privacy.