Hi all!!! I first told you about Secrets of a Reluctant Princess a few months ago, but I am thrilled to be able to tell you this fun read is now available!

Keep reading to learn more about the book and my thoughts and to enter a fabulous giveaway! 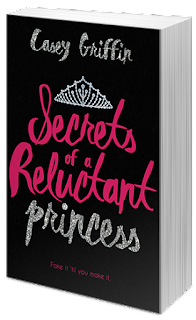 At Beverly Hills High, you have to be ruthless to survive…

Adrianna Bottom always wanted to be liked. But this wasn’t exactly what she had in mind. Now, she’s in the spotlight…and out of her geeky comfort zone. She’ll do whatever it takes to turn the rumor mill in her favor—even if it means keeping secrets. So far, it’s working.

Wear the right clothes. Say the right things. Be seen with the right people.

Kevin, the adorable sketch artist who shares her love of all things nerd, isn’t exactly the right people. But that doesn’t stop Adrianna from crushing on him. The only way she can spend time with him is in disguise, as Princess Andy, the masked girl he’s been LARPing with. If he found out who she really was, though, he’d hate her.

The rules have been set. The teams have their players. Game on. 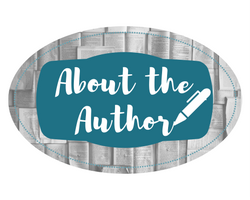 Casey Griffin can often be found at comic conventions on her days off from her day job, driving 400 ton dump trucks in Northern Alberta, Canada. As a jack of all trades with a resume boasting registered nurse, English teacher, and photographer, books are her true passion. Casey is a 2012 Amazon Breakthrough Novel finalist, and is currently busy writing every moment she can.
Website | Twitter | Facebook | Goodreads 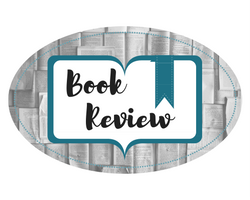 Secrets of a Reluctant Princess is a fun and highly entertaining read that features relatable characters and all kinds of nerdy fun.

Adrianna "Andy" Bottom has been dubbed the "Porcelain Princess" now that her father's bathroom supplies company has become so successful. Now a reality show film crew is documenting her family's rags to riches story and recent move to Beverly Hills highlighting all of the lows and highs in the life of this reluctant princess.

Desperate to fit in and not have a repeat of the bullying from her last school, Andy finds herself making friends with a group of not-so-nice people.  These friendships threaten to destroy the one friendship that Andy really wants...one with Kevin, a LARP-playing, comic book-loving, classmate that Andy meets while trying to avoid the camera crew.

With her sewing talents, Andy decides to transform herself into a LARP-playing princess in an effort get closer to Kevin and to escape and have some fun. She soon finds herself having a blast and making friends, but the mask and costume Andy wears while LARPing disguise her true identity so Kevin doesn't realize it's her. This only leads to more questions and doubts for our main character. Plus, misunderstandings, Andy's other new "friends," and her family's business and reality show seem determined to end any relationship the two might have.

So how does our reluctant princess handle all of the new and unexpected changes and hurdles in her life?  Well, I don't want to give all of the good stuff away (and believe me it's a struggle not to) so you'll have to read the book to find out.

And if you do read the book, I hope you have as fun as I did reading it.  l enjoyed each and every moment. All of the mishaps, misunderstandings, and entertaining moments in Andy's life make for an interesting read and I couldn't help but relate to her.  I'm pretty sure all of us could relate to her in some way.  She is a smart, creative character who just wants to fit in and be liked for who she is, not the person the tv show has portrayed her as and not who others, such as her parents, expect her to be.  She longs to just be her creative, Wonder Woman-loving, geeky self. But so much, including her own doubts and insecurities as well as her need to be liked, stand in her way.

In a way, Andy kind of has multiple masks, literally and figuratively, that she hides behind throughout the story...from her LARP-ing costume to the front she puts on at school to the parent-pleasing facade she dons for her folks. She makes a few missteps along the way as she tries to fit in rather than be true to herself, but no one is perfect. To me this makes her even more relatable.  And while her LARP-ing costume might hide her identity, I felt like we got to see a smal glimpse of the real Andy in these scenes.  She is able to let her guard down and just enjoy herself not caring what others thought...and don't we all wish for that?  I know I do.

And while I have never LARPed in my life and know nothing about it, but this book makes it sound like so much fun.  Just a few hours of escaping into a fantasy world where you can have fun and be whoever or whatever you want to be. Yes, please.

Anyway, Secrets of a Reluctant Princess has been one of my favorite reads this year and I look forward to reading more of Casey Griffin's work. 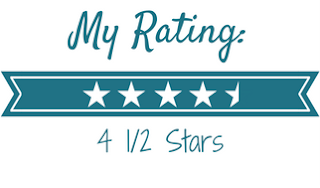 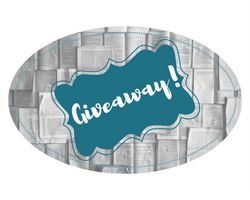 One (1) winner will receive a signed copy of Secrets of a Reluctant Princess and a Tiara!

Good luck to everyone and be sure to follow the rest of the Tour!
Schedule can be found by clicking here!